In 2014, I had an opportunity to visit Sano Art Museum in Mishima, Japan for the exhibition of Akira Yoshizawa: The World of Creative Origami. Before that time, I had seen several of his artworks only in photographs and folded just one or two of his models. Of course, I’ve read and known about how Yoshizawa had taken a big part in development of modern origami, by creating thousands of new models, pioneering wet-folding technique, developing notational diagramming system, and promoting the art form worldwide by serving as a cultural embassador. I knew how important he was in the history of origami so I was very grateful to have had a chance to see this exhibit.

At the museum I saw hundreds, perhaps thousands of his original artworks, all well preserved and beautifully displayed. I spent hours at the museum, staring at each and every folded model close-up and far. Everything looked so animated. It was absolutely astonishing experience that I will never forget!

So when I heard that Tuttle Publishing is releasing a new book of Akira Yoshizawa, I got very excited and wanted to get one as soon as it came out. But then the publicist from Tuttle offered me a pre-released copy to review on my blog so of course I jumped at the chance. 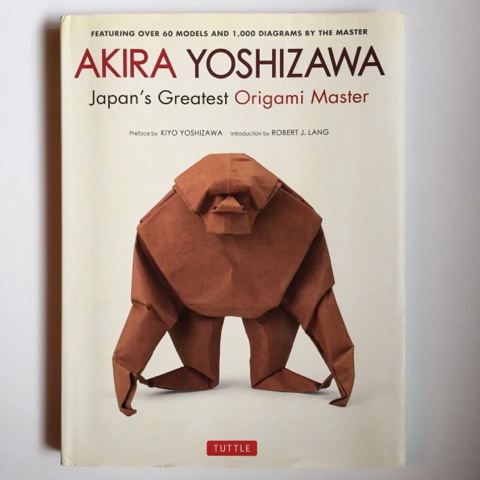 This beautiful, large hardcovered book has a total of 192 pages. It includes a preface by his widow Kiyo Yoshizawa, an introduction by Robert Lang, Yoshizawa’s biography with timelines, hundreds of artworks that are beautifully photographed in full colors, and hand-drawn diagrammed instructions of over 60 models. These diagrams originally came from two books by the Master in Japanese: 美しい折り紙 (Beautiful Origami) and やさしいおりがみ (Easy Origami). Tuttle had these two books translated into English, combined them with extra contents into this magnificent book.

When I first got the book, I flipped through every page, stared at every photo and read all the texts. I found Dr. Lang’s story about Yoshizawa’s master piece, a cicada, comparing to the development of his own cicada model especially interesting

Prior to the chapters from the two Japanese titles, this book shows some photos of Yoshizawa’s master works, such as ones that appeared in his exhibition flyers and book covers. My absolute favorite, which was also what I had seen in person at the museum, is Yoshizawa’s self-portrait in origami. It’s wet-folded and looks exactly like him! It is absolutely stunning. I also love two versions of elephants, which look completely different but equally beautiful. Unfortunately, the diagrams of these models are not included in the book.

As for the diagrammed instructions that originally came from the two Japanese titles, they are beautifully drawn and easy to understand. The models range from easy to intermediate. There is elegance even in the simplest models. He introduced some basic folds and how to cut paper into different shapes, such as equilateral triangle, rhombus and pentagon, as well as how to fold preliminary bases out of some of those shapes. A lot of the included models are living creatures or things with Japanese connotations. I enjoyed reading about each introduced model because it gave me some sense of why he was inspired to create those models. 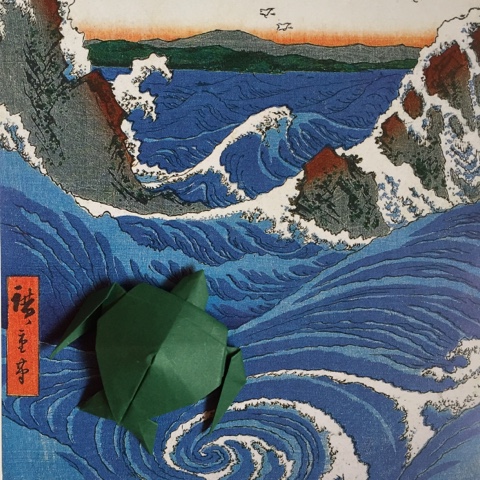 The Sea Turtle model from the book.
The background is Hiroshige’s print origami paper, also from Tuttle. 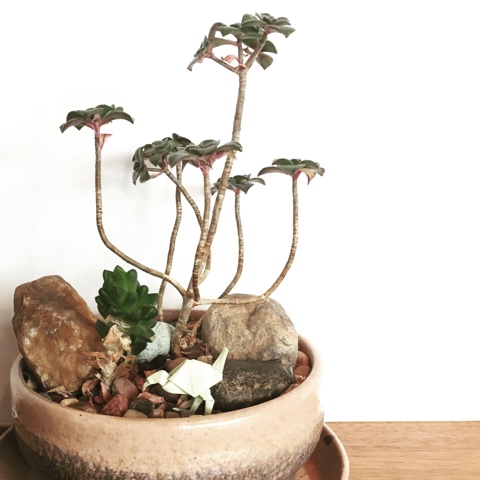 The Small Bird model from the book.
The way I staged it make the bird look more like an archaeopteryx…

I am very grateful to have gotten to know more about Akira Yoshizawa and his approach in origami through this book. I am sure that any origami enthusiasts would feel the same when they acquire this book, and even those who are only starting to get to know origami would get inspired to fold more from it. It is definitely a must-have to be on your wish list for the holidays!

I see that it is on sale if you order it from Tuttle now. It’s also available on Amazon and many other bookstores.